Our artisan production of tiled stoves takes place in Timmernabben, on the coast of Småland.

Today’s tiled stoves are of the same five-flue design that has been spreading warmth in our homes since the mid-18th century. Gabriel’s tiled stoves have been carefully refined and live up to today’s demands in terms of efficiency, emissions and quality. Our stoves are sold all over Europe and today, we are one of the market leaders in the segment.

The know-how we have been building up in the area of ceramics for almost 100 years is a major asset in the artisan manufacture of tiles. In addition to our standard range, thanks to our flexible production process, we can cater to customer-specific requests. Our factory is still in the same place as at the very beginning in 1925, which in our opinion has a great symbolic value for both the company and the locality of Timmernabben.

Gabriel Burmeister was the artist, graphic designer and potter, who in 1925 acquired a faience factory in Timmernabben whose roots dated back to 1859. At the beginning of the last century, he developed a special style called Gabriel Faience. It was inspired by 18-century faience from the old Swedish factories Marieberg and Rörstrand and by the stove decorations of that time. Gabriel Burmeister collaborated with other skilled tile and ceramic designers, including Hjalmar Dahl from Gagnef in Dalacarlia. Prior to his collaboration with Gabriel Burmeister, he had decorated tiled stoves at the Boiver Stove Factory in Uppsala.

In the 1980s, the company was taken over by the third generation of Burmeisters. Extensive tile production for the modern Swedish tiled stove industry began. After a while, the company started in-house tiled stove production, which is now its only and primary operation.

In August 2020, the ownership of the business changed to a new owner. The new owner, who has a local connection, intends to continue running the company with the same focus it had during the time of its founder, Gabriel Burmeister; to make quality products that create warmth, joy and well-being for generations.

The most important thing for us is that the customer comes first. In order to be able to live up to and exceed our customers’ expectations, we must continuously develop as a company. Collaboration, commitment, responsibility and pride in our craftsmanship are the tools that allow us to succeed.

Customer experience defines our future
We always put the customer first regardless of our role or function within the company. We act quickly, prioritise and listen to our customers in order to be able to meet their needs.

Strong together
To achieve our goals, we work together. The individual is important, and differences should be used to form a stronger team. We help, respect and show appreciation for our employees. We celebrate success and have fun together.

Commitment and development
We are very committed to everything we do. Most things can be developed and we are motivated to improve and think outside the box. What we do well today can be done better tomorrow.

Pride, responsibility and order
We are proud of our craftsmanship, our products and our company. Together, we are responsible for delivering products of the highest quality and we take pride in being economical with our resources. We value good order at the workplace and take responsibility for maintaining it. 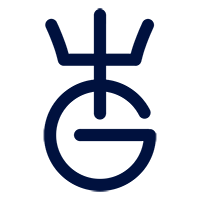